“Every object in a state of uniform motion tends to remain in that state of motion unless an external force is applied to it.” – Isaac Newton’s First Law of Motion

Looking at Newton’s First Law of Motion, one can conclude that a couch potato will remain a couch potato unless he or she is motivated to change. Likewise, it is safe to assume that a person who only walks will never truly experience the phenomenon of having both feet off the ground such as when running.

Taking Newton’s law to another level, an “external force” such as a desire to lose weight, train for an event, feel better, or similar motivation, can alter that state of uniform motion (sitting or walking). According to Olympic runner and author Jeff Galloway, there are five stages of a runner: The first is the beginning stage, or what he calls, “Making the Break.”

“Every beginning is precarious,” Galloway writes on his Web site, www.jeffgalloway.com. “There you are, perched on the edge of starting something entirely new, yet there are distractions, even criticisms that cause detours and dead ends.”

For many people, the idea of starting a running program is appealing, yet overwhelming. They know running burns more calories than walking, they can cover more distance in the same amount of time, and they are intrigued by the “runner’s high” they hear about from other runners. At the same time, they may be worried about injury, do not have a friend or partner to join them and, above all, they do not know how to start running without dying on the first day.

Once you have overcome the obstacles and the “external force” has taken hold, the best way to start running is to start slowly and with short distances. Bob Williams, longtime running coach and current cross country and track coach at Lake Oswego High School in Lake Oswego, OR, offers the following advice for those interested in starting a running program.

“This is a specific calculated walk/jog routine starting with jogging 50 meters and walking 50 meters for four to six laps around a track, adding distance such as 100 to 200 meters for progression,” Williams said. “Depending on age and fitness level, the walker will progress at a faster or slower rate. Slight breathlessness is the goal for the beginner.”

The main goal for the initial stage when transitioning from walking to running is endurance. Ideally, the heart rate should not get too high during the run portion of the workout. This allows you to enjoy the run and also makes it easier to recover during the walk portion. A common mistake for beginning runners is to go out too hard on the initial run segments, thus making recovery more difficult, increasing the chances for injury, and ultimately, the process is not as much fun because they are less successful at maintaining such a high level.

“The focus should always be aerobic, not anaerobic,” said Dave Sobolik, founder of Get Fit Live Fit and Fit Right Northwest Running and Walking Stores. “My recommendation is three to four months of regular running before getting into anything anaerobic or intervals. If you think of a pyramid, the bigger the base you develop, the higher the peak can be.”

Sobolik starts all of his walkers transitioning to running with 40 minutes of walking. Once they can easily walk for 40 minutes, he has them incorporate jogging segments for a total of five or 10 minutes. Eventually, the jogging segments increase while walking decreases.

“The main thing people need to understand is that it’s far better to take a conservative approach when starting to run,” said Sobolik, who is also a former NCAA and USA National Qualifier in the 1500-meter run. “You can have an ultimate goal, but set stepping stones to check off on the way to the ultimate goal.”

Once you have made the transition from walking to jogging, even if it’s only in five or 10 minute segments, the key is consistency. While it is easy to find an excuse not to run, Sobolik and Galloway both offer tips for being consistent and staying motivated. Both suggest setting a goal for the future such as a 5k or a 10k run. This encourages new joggers to not only continue jogging, but to increase their time and mileage. Health magazines and experienced runners or trainers can provide tips on developing a jogging schedule to build up to a 5k or 10k.

According to Galloway’s Web site, “By piecing together a growing series of successful and non-threatening running experiences, you begin the transition into a more fit lifestyle.”

Another tip for building consistency is to run with a partner. Having someone else to meet for a run develops accountability and adherence to a new running program.

Other tips for beginning joggers include keeping a log for concrete and visual evidence of progress, cross-training to prevent injuries and sticking to your schedule, even if time is limited. Sobolik believes doing a 20-minute run is better than nothing at all because it keeps the new runner consistent.

“You get used to the positive relaxed feeling [of running],” Galloway writes. “Your body starts cleaning itself up, establishing muscle tone, circulating blood and oxygen more vigorously. One day, you find you’re addicted, and the beginner becomes a jogger.”

The key is to start slow, find a workout partner and set a goal – even the best walker can become a runner with a little help.

For more information about Dave Sobolik and Get Fit Live Fit, visit his Web site at www.getfitlivefit.org.

Both are excellent resources for beginner jogging programs or taking your jogging to the next level of running. 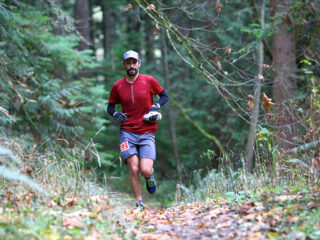 Laying the Foundation for Your Best Season 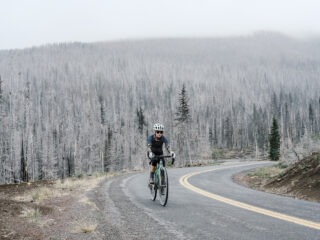 How to Transition Into the Off-Season 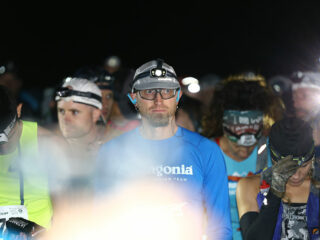