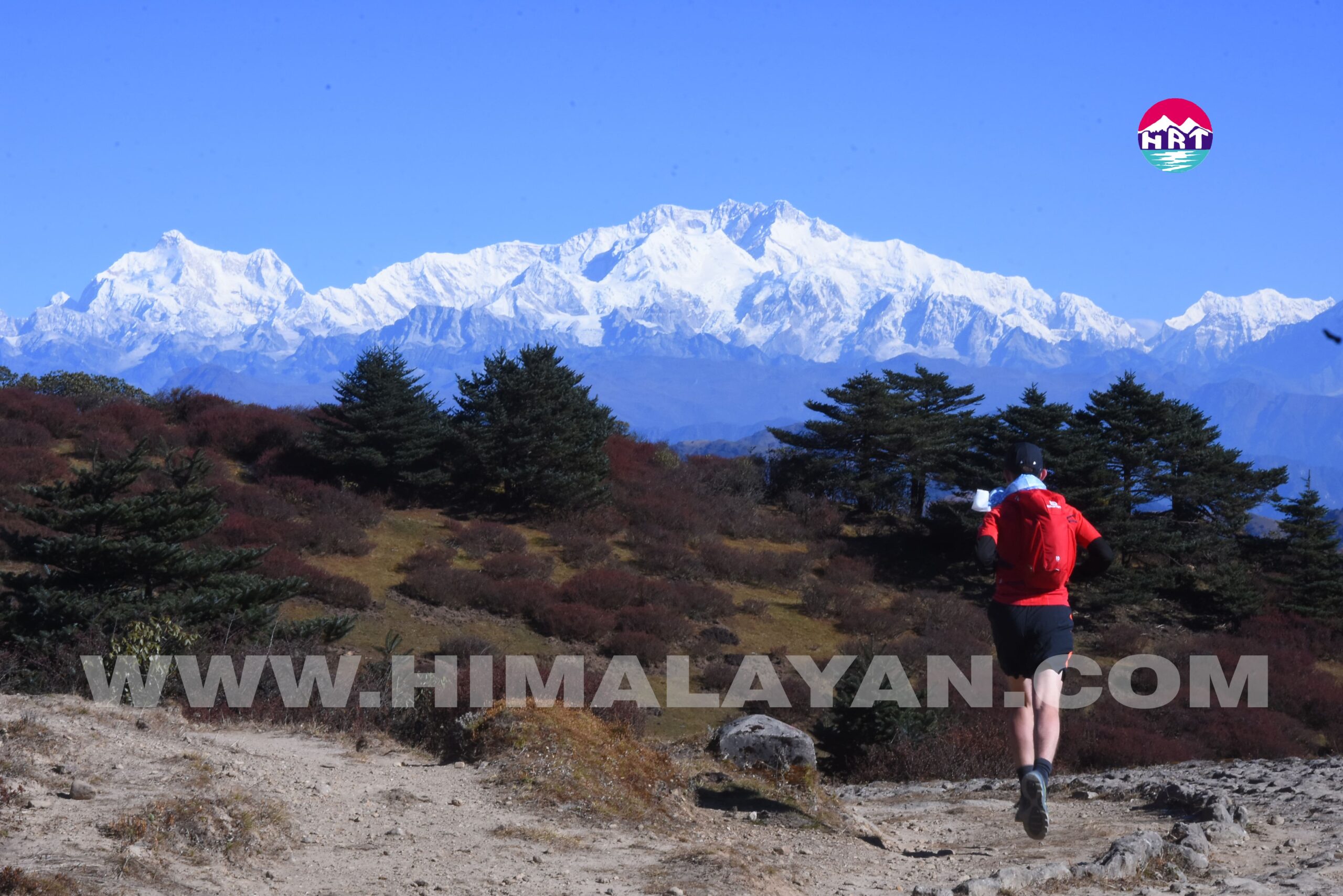 Himalayan Run & Trek “Himalayan 100 Mile Stage Race” time and again has been described as the most spectacular running course in the world! During the race, views of Mt. Everest, Lhotse, Makalu, and Kanchenjunga (4 out of 5 of the world’s highest peaks) are visible. Regardless of your level of ability – whether a 10K, marathoner, or ultra-marathon runner – you can run at your own pace. T

here are no age limits or stage cutoff times. Five daily stages of 24 – 20 – 26 – 13 – 17 miles are designed for middle-distance runners. Alternating running and walking, you can easily take in mountain views, catch a glimpse of National Park wildlife and chat with villagers at fully stocked aid stations every few miles. Running 24 miles on trails in Sandakphu National Park to the village of Sandakphu at 12,000 ft.

The first stage has over 10,000 feet of altitude gain. The second stage is out 10 miles on trails to Molle and back with spectacular views of Mt Everest, Kanchenjunga, Lhotse, and Makalu (four of the five highest peaks in the world). The third stage of 26 miles is out past Molle and then down to Rimbik (6350 ft) on trails.

The fourth stage is 13 miles while the fifth stage is 17 miles on scenic rural roads. The 100-mile course traverses through the isolated jungle, pine forests, small settlements, and villages, and across major rivers. Yaks, wild ponies, and the Red Panda are seen at higher elevations.

At each overnight stop, meals are fully catered and accommodations are in rustic mountain huts. The race is most often described as the “Most Scenic Race in the World” that offers panoramic views of the world’s highest mountains. Sightseeing in the Darjeeling area includes the famous Himalayan Mountaineering Museum, Toy Train, and important Tibetan monasteries.