When you’re sleeping in the woods and you hear a strange noise in the middle of the night you usually wake up with a start, heart beating, ears at the ready, flipping through your mental Rolodex of wild beings trying to figure out what on earth just made that sound. It was the second night of our fastpacking trip through the Southern Oregon Siskiyou Mountains and I could not figure out what just made a blood-curdling scream over and over again until it faded off in the distance. If I’d had to make a guess at the time I would have speculated it to be a primeval dragon flying off into the distant canyon, but likely that wasn’t it.

After my heart slowed down I drifted back to sleep before waking a few hours later to the more normal, but no less startling, sound of Zach’s fake coughs encouraging me to rise so that we could get moving down the trail. It was still about 5:30 am mind you, but Zach wanted me to know how horrible our morning was going to be.  During the night a freak storm rolled in and the bench we were sleeping on was shrouded in cold fog. On top of that, it had been drizzling rain for a good portion of the night. In short, it was going to be a cold and wet hike out.

I didn’t bother with breakfast. I got up, put my shoes on, stuffed my sleeping bag and all my wet stuff in my pack and we took off down the trail. It was now 6 am and we had 23 miles to our destination in Ashland, OR. Already looking forward to a breakfast burrito at Ruby’s, I was starving for the next 4 hours as we walked and ran our way to Ashland’s Historic District.

Fastpacking is a marriage of trail running and ultralight backpacking. (Wikipedia)

I took up fastpacking a few years ago as a way to meld my running fitness with a desire to be in the wilderness for longer periods of time. I wanted to explore more of an area in a shorter amount of time. I kitted out with a 25L pack, light stove, titanium pot, minimal sleeping bag, bivy sack, wafer thin sleeping pad (that doesn’t hold air anymore), and all the accoutrements you might want for three or four days in the wilderness. The pack usually weighs about 20 lbs fully loaded so it’s a manageable weight for fast hiking and a little bit of running.

Fastpacking has become one of my favorite ways to spend several days in nature, despite the occasional rough night. On this particular 3-day trip my friend Zach and I planned to travel the roughly 80-90 miles from the Oregon Caves to Ashland along a newly cleared 30-mile section of trail that the Siskiyou Mountain Club rehabilitated connecting the rugged area between the caves and the intersection of the Pacific Crest Trail (PCT).  It is an absolutely beautiful and diverse area. We traversed ridges, swam in high alpine lakes, slept on the edge of alpine meadows, and saw elk, deer, and bears. We anticipated we’d see very few people (at least the first day), and knew we would be on ridgelines following the border of California and Oregon, but that was the extent of our knowledge of the area. Despite growing up in the Rogue Valley this was not an area I had ever been in due to its remoteness. The difficult access is what drew me to this route.

For myself, the purpose of a fastpacking trip is to get away from busy trailheads and popular day hiking routes. I want to use my legs to get me as far into the backcountry as possible. You don’t need to be a fast runner to do this, it has more to do with your mentality and desire to go without, taking along only the minimal amount of gear and food to get you through the trip.

I love the feeling of truly being off grid and seeing things that I can only experience by my own two feet carrying me there. It’s difficult to explain, but seeing a sunrise coming up over Mount Shasta as you sip your morning coffee sitting in a grassy meadow with the Red Buttes looming in the background and not another soul (except Zach) for miles has a way of self explaining, rather profoundly, why you are there at that moment.

So, you want to try out fastpacking?

Gear – The lighter the gear the faster you can travel. This doesn’t mean you have to go out and buy the most expensive systems. Think of ways to reduce the amount of gear you need, repurpose other backpacking gear you already have, or go with someone to split up the necessities.

You’ll need the basics such as a backpack, sleep system (sleeping bag, pad, maybe a bivy sack), cook system (stove, fuel, pot), hydration system (filter, reservoir), clothing, first aid kit, and food. Most of the above items are mentioned in the widely shared 10 essentials, visit REI for the full list along with a more in-depth description of each of the items mentioned and guidance on choosing the specific gear you may need.

Keep in mind that the bigger your pack is, the more you’ll be apt to fill it up. Sometimes having a smaller pack will help you cut down on weight because you just can’t bring more than the essentials. Make sure you’re being safe and have contingency plans in place in the event something does go wrong, like a freak storm.

Route – Start with a quick overnighter to get the feel of what you can add or subtract from your gear and how far you can reasonably manage over the course of a day. When you’re looking at routes on a map, determine your water sources and how far between them it is, as well as the elevation gain of the trail, and how remote the route takes you. Err on the side of caution for your first few trips so that you don’t get into trouble, or go with someone more experienced that can help show you the ropes. 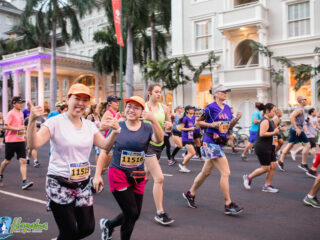